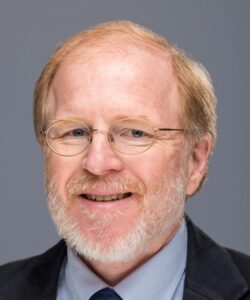 Douglas J. Gardner is Professor and Program Leader of Forest Operations, Bioproducts & Bioenergy in the School of Forest Resources at the University of Maine. He is also member of the Advanced Structures and Composites Center and Forest Bioproducts Research Institute.  Gardner’s research, teaching, and service activities focus on polymer and interfacial science aspects of wood-polymer composite materials.  He is also involved in research in the areas of adhesion and surface science, cellulose nanocomposites and extruded wood plastic composites, and additive manufacturing.  He has co-authored over 230 technical publications and 140 research presentations, and 5 patents.

Gardner is a Fellow and Past-President of the Society of Wood Science and Technology (SWST). He is also a member of the American Chemical Society, Forest Products Society, and Society of Plastic Engineers.  Doug serves on the editorial advisory board of Reviews of Adhesion and Adhesives. He has been recognized for his work by receiving the 1992 Cahn Award, and the 2004-2005 and 2011-2012 and 2018-2019 G. Peirce and Florence Pitts Weber Outstanding Researcher in Forest Resources Award, the 2007 Director’s Outstanding Faculty Award at the AEWC Center, University of Maine, 2008 Forest Products Society L. J. Markwardt Wood Engineering Award, and 2010 2nd Place, 2012 3rd Place, and 2013 Honorable Mention, and 2017 1st  Place George Marra Award of Excellence. He was awarded the SWST Distinguished Service Award in 2014 and the SWST Distinguished Educator Award in 2018. He appeared in Strathmore’s Who’s Who 2007-2008. In December 2005 he was a visiting lecturer at Beijing Forestry University, and in June 2006 was a visiting lecturer at BOKU, Vienna, Austria and in March 2015 was a visiting lecturer at the Slovak Technical University in Zvolen, Slovakia. He was made an Honorary Member of the Union of Wood Processing Manufacturers of the Slovak Republic in 2000.

Doug has a BS degree in Forestry (1980) and Certificate of Advanced Study in Pulp and Paper Management (1981) from the University of Maine, and a PhD degree from Mississippi State University (1985).