As the climate continues to rapidly warm, most tree species will not be able to migrate rapidly enough to follow their suitable climates. Therefore, many trees are being left behind experiencing novel climate conditions. However, it is unclear how much climate change many species can tolerate. We are studying physiological adaptations of trees to determine how they will respond to these novel climate conditions including changes in growth, photosynthesis, resource allocation, and survival. 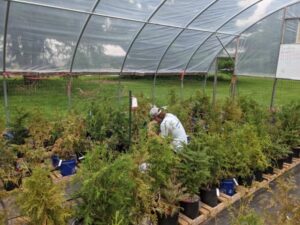 In many lowland forests of Maine, northern white cedar (Thuja occidentalis) is being outcompeted by balsam fir (Abies balsamea). However, as climate changes, it is unclear how extreme events may differentially impact these species and change their competitive dynamics. In this study, we are testing how physiology, growth, and survival of cedar and fir respond to extreme flood and drought conditions. 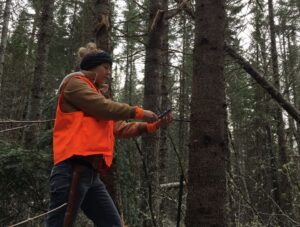 Thinning forests by removing trees can reduce competition for resources. This research aims to determine how thinning timing and intensity impact the relationship between climate and tree growth in  managed spruce-fir forests across Maine. 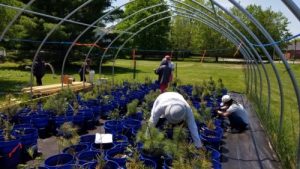 Dry growing seasons are expected to become more common in the future with negative consequences for trees. The timing of droughts (spring, early summer, late summer) can impact how trees respond both within that year and the legacy of effects in subsequent years. We planted 288 trees of six species in a controlled experiment to track physiological responses to experimentally imposed droughts during different times of year. 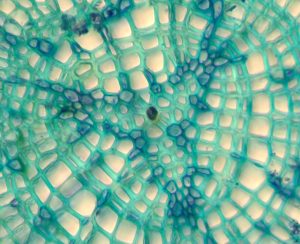 Structure and function of 3D xylem networks in trees

Trees transport water through a series of interconnected conduits collectively known as xylem. As the climate continues to warm, droughts are expected to have a large impact on tree species world-wide. In most cases, however, it remains unclear if and how trees can modify their xylem networks in response to drought. As a postdoctoral associate, I worked with Craig Brodersen and Brett Huggett to study how four dominant trees in the northeastern 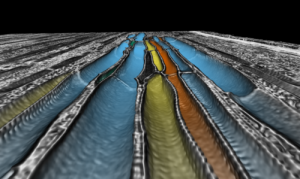 United States can modify the structure of their xylem networks in response to drought conditions. Most of our research was conducted at Harvard Forest, MA. We have also been developing a set of 3D-printable models that can be used to teach plant xylem anatomy. Check out the 3D data portal here.

Here is an example 3D model of a tree core collected from a white ash tree. The large “tubes” are xylem vessels that transport water vertically in the tree and are approximately the diameter of a human hair in reality. Each row of vessels represents a different growth ring with larger earlywood vessels formed in the spring tapering to smaller latewood vessels that formed later in the summer. 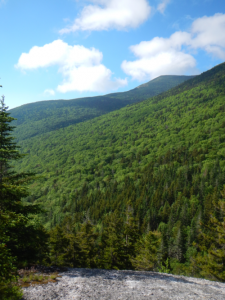 In the northeastern United States, spruce-fir forests typically occupy elevations greater than ~750 m above sea level and are expected to shift to higher elevations with climate change. At SUNY-ESF, I studied how spruce-fir forest distributions and growth rates have responded to recent changes in climate and how those responses can be modified by other environmental factors such as acid rain, land-use legacies, and soils. We measured vegetation, climate, and tree growth on 12 mountains across the northeastern US. This survey included mountains in the Adirondacks (NY), Green Mountains (VT), White Mountains (NH and ME) among others to help build a comprehensive picture of the health of northeastern mountain forests and provide insight into their future conservation.